A half-inch indentation in his chin reminded Charles Patrick of the cost of courage. At 91, he could still recall the day an argument with a white woman over a parking space in downtown Birmingham, Alabama led to a 1954 beating that nearly killed him. Yet there was no bitterness, no malice, no desire for vengeance. A strange blend of humility and bravado led to the unthinkable—publicly accusing white police officers of beating him in a crowded courtroom—a first. The act elicited a rare unity among black and white citizens, politicians, and the press. The officers were ultimately fired, the charges against Patrick, dropped.

Patrick was one of many unsung African Americans who resisted oppressive powers prior to the start of the civil rights movement. Later, he would enjoy attending book signings celebrating his life. The pinnacle was receiving the Open Door Award in 2011 from the April 4th Foundation, an award given to those who have made extraordinary contributions in the furtherance of civil rights.

Patrick died in Houston, Texas on Oct. 22, 2014 at the age of 96. In her eulogy, Congresswoman Sheila Jackson Lee said, ”I am honored to salute Deacon Charles Patrick. Let me say on behalf of an enormously grateful nation, and the President of the United States of America, that we will always know that in life’s way, an earthly way-maker by the name of Deacon Charles Patrick walked this earth.”

Charles Patrick is interred at the Houston National Cemetery. 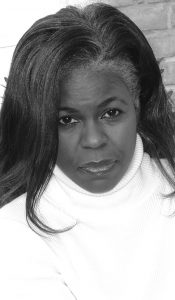 As a child, Mignette Yvonne Patrick Dorsey listened to her mother read old newspaper clippings touting her father’s courageous stand prior to the start of the civil rights movement. The world of journalism later beckoned. She began researching Speak Truth to Power, The Story of Charles Patrick, a Civil Rights Pioneer after being challenged by two editors at the now-defunct Houston Post.

The Los Angeles, California native is the youngest child of Charles and Rutha Patrick. An award-winning print journalist, she has worked as a city of Houston spokesperson, a journalism educator, and currently a Professor of English at a community college. Dorsey is completing a doctorate degree and enjoys exercising and bicycling with her husband. 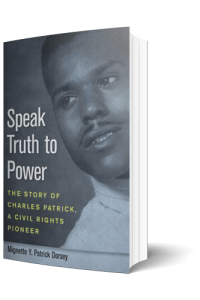 “Dorsey has written a story that needs to be told”

You can find out more about which cookies we are using or switch them off in settings.

This website uses cookies so that we can provide you with the best user experience possible. Cookie information is stored in your browser and performs functions such as recognising you when you return to our website and helping our team to understand which sections of the website you find most interesting and useful.

Strictly Necessary Cookie should be enabled at all times so that we can save your preferences for cookie settings.

If you disable this cookie, we will not be able to save your preferences. This means that every time you visit this website you will need to enable or disable cookies again.